Chinchillas are rodents. They are super soft! This is a chinchilla. When A Chinchilla Comes Home 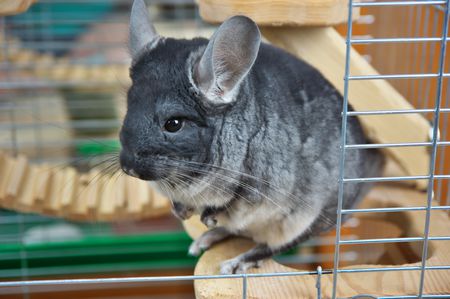 Wooden chew toys are good choices for chinchillas. Wooden parrot toys will work too. A chinchilla might like a wheel to run on. A good wheel size is 15 inches. Plastic wheels work well.

Pick Out A Chinchilla

Get chinchillas from pet stores or breeders. Look for a chinchilla about 4 months old. You could also adopt an older chinchilla. Boys and girls act about the same, so it doesn't matter if you choose a boy or a girl. Chinchillas can be adopted alone or with a friend.

Here are some more chinchillas. 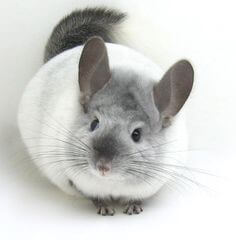 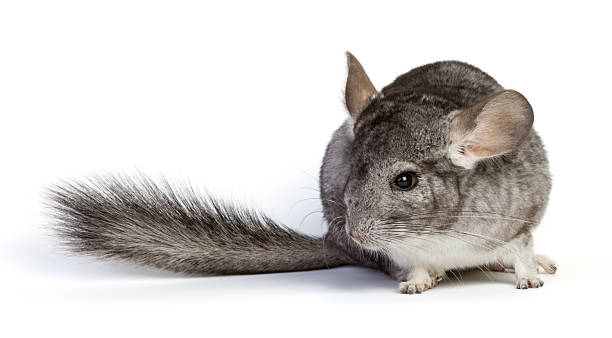 Chinchillas can be black, white, grey, or a mix of these colors. What is your favorite chinchilla color?

Click here to go to my sister's cat page.